Conversion coatings is a generic term used to refer to a coating produced by a chemical or electrochemical treatment of a metallic surface that gives a superficial layer containing a compound of the metal. For ease of explanation we are going to further sub-divide this category into steel conversion coatings, chromate conversion coatings, and anodize which is covered elsewhere. 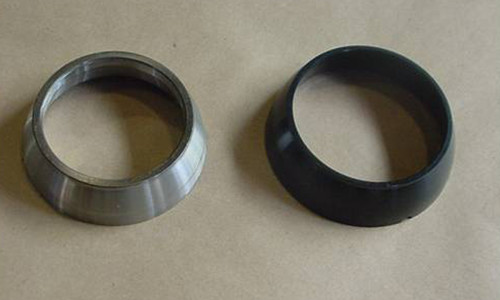 Black Oxide is a conversion coating formed by a chemical reaction with the iron in the metal to form an integral protective surface. (Contrasted to an applied coating which bonds to the metal but does not react chemically.) A black oxide conversion coating is applied to ferrous alloys when oxidizing salts react with the iron to form magnetite (Fe3O4), the black oxide of iron. Though standard Black Oxide is set up for steel, it can be done on other substrates including stainless steel, copper, and brass among others.

Typically black oxide has a post dip of either oil or wax to improve the corrosion protection of the finish. Black oxide offers a nice, matte black appearance at a low cost. 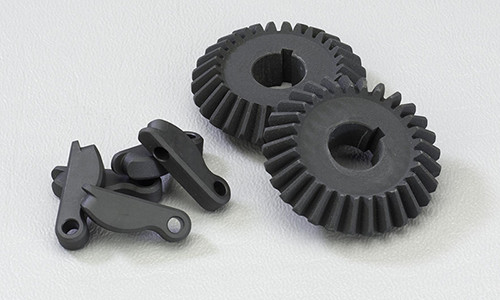 Phosphate, also known by trade names Parkerize and Lubrite, is an immersion process by which small crystalline structures of iron, zinc or manganese are ‘grown’ on steel alloys. There are three main types in use: Iron, Zinc, and Manganese. Anoplate offers Zinc and Manganese phosphating. Iron and Zinc phosphating may be accomplished by power-spraying (not here at Anoplate) or immersion while Manganese can only be done by immersion. Iron is primarily used for corrosion resistance as a substrate, or primer, for painting. Zinc is used to prepare automobile and truck bodies as well as appliances before painting. It also is used in cold-forming to extend the life of dies in conjunction with drawing or forming lubricants. Manganese phosphate, the most commonly done at Anoplate, is often used on piston rings, cam shafts, gears and such as a protection against seizing of the surfaces and wear during the break-in periods. The finish acts to prevent metal to metal contact and serves as a reservoir for oil films. Manganese phosphate is never used as a paint base. 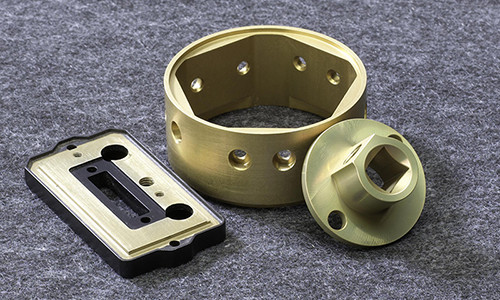 Chromate conversion coatings are a varying group that can be done as a stand alone finish, used by itself, or as a secondary post finish treatment, used over a metal plating. Chemical Film on Aluminum, also called by proprietary names of Alodine or Irridite, is a thin, clear or yellow conversion coating used as a primer for paint, general protection to prevent aluminum from oxidizing, or used in conjunction with masking of an anodized finish for conductivity properties. While it may be somewhat confusing in that it is sometimes used with another finish when masked off, such as either hardcoat or sulfuric anodize, but when we say secondary post treatment it is meant as a chromate over another finish such as Zinc or Cadmium. Chromates are what give the color options such as yellow, black, or olive drab to Zinc or Cadmium finishes.

For questions or more information on any of our finishes and custom coatings, or to get started on selecting the right finishes for your project Contact Us Today.